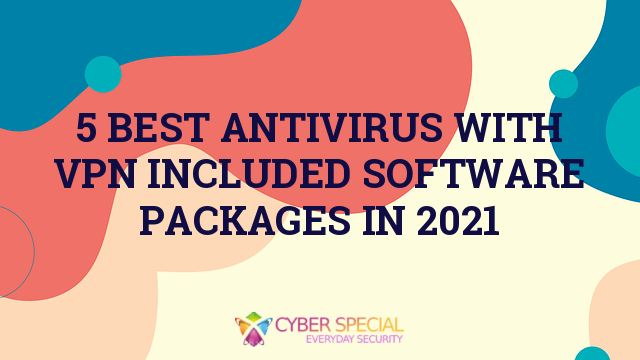 If you want to be protected from online threats, it is best to combine a VPN and an antivirus. Both technologies can protect you against online tracking and malware at different levels. A VPN protects you online and secures your devices.

There are also antivirus packages that include a VPN. Which antivirus and VPN software package is the best?

These are the top antivirus with VPN in 2021:

How do you choose the best antivirus package with a VPN?

While it is possible to choose one protection tool, it is not the same thing as choosing the best software combination. It is important to compare the features of both antivirus and VPN software. You should choose the package that best suits your needs.

What should you look for when selecting the best antivirus

When choosing antivirus software, there are some key points you should consider. It is crucial that the software detects and protects you against malware.

Here are some things to keep in mind when you choose antivirus software.

What should you look for in a VPN

The Best Antivirus With VPN Included in 2021

Norton antivirus is the most trusted antivirus package with VPN. You can use unlimited Norton Secure VPN traffic to protect your online privacy. AVTest scores the antivirus highly in terms of performance, protection, usability, and usability.

This pack includes VPN and is the most affordable. You get additional security features like:

Norton Secure VPN offers servers in 28 countries. It is great for browsing the internet. It uses an AES256 bit encryption and a secure OpenVPN protocol.

This VPN doesn’t support torrenting or Netflix. You might prefer NordVPN which supports streaming and full P2P support.

Norton offers a free 30-day trial, as well as a 60-day guarantee for its products.

The VPN cannot be used alone and must be installed alongside antivirus. These features are very limited and basic. There is no customization, kill switch or advanced settings. It does however have decent speeds and a no-log policy. This is great for torrenting.

Panda’s Dome Premium package includes a 30-day guarantee of your satisfaction. This will let you test all that is included in this bundle. 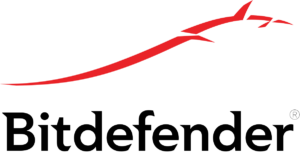 Bitdefender also offers a VPN package and is a good antivirus. Bitdefender is compatible with Windows, macOS and iOS. It can also support up to five devices simultaneously.

The new edition 2021 includes the Anti-tracker. It helps you avoid malicious trackers from websites.

Bitdefender Total Security Package comes with 200 MB of encrypted VPN traffic per day. You can add an additional bundle to get unlimited traffic

Bitdefender Premium VPN cannot be used on its own and must be part of the product suite.

You can return it within 30 days.

Avira Antivirus includes Phantom VPN and is a great option to protect your devices. It provides protection against malware and threat detection in real time. It can also block infected websites as well as ad-trackers.

Its VPN claims it does not keep logs, uses bank grade encryption and can connect to 36 countries.

It also has a kill switch, which is an important feature for VPNs. Phantom VPN by Avira is all you need in a basic VPN.

AVG Security Package includes a Secure VPN. Strong encryption is provided by the VPN and it supports P2P traffic. There are streaming dedicated servers as well, which is rare for an antivirus VPN.

Its logging policy is not ideal. It records timestamps and IP addresses as well as data usage.

Antivirus protection includes email scanning, real-time web scans, malware protection, and email scans. This antivirus is one of the most powerful and can protect up to 10 devices from any platform, mobile or not.

It can also secure your folders from ransomware by creating a layer of security around them. It can also block malicious links and fake websites and optimize the device’s performance.

What happens if you use a VPN?

Do you require a combination of a VPN AND antivirus

It is recommended to use both antivirus and a VPN together for full protection against malware. The combination of antivirus and VPN works well. VPNs hide and protect your online data. Antivirus protects your computer from dangerous scripts and malicious downloads.

Conclusion: The Best Antivirus With VPN Include

Antivirus companies excel at selling their main product, malware protection software. However, VPNs are often very simple to use. There are no features such as Kill Switch, DNS protection or P2P support in the VPN software. Antivirus with VPN includes a small server network.

The Norton 360 Deluxe Package offers the best value-for-money. NordVPN is a VPN that supports torrenting, Netflix support, and high speed. You can find more than 5200+ servers across 59+ countries. It also offers advanced privacy features.