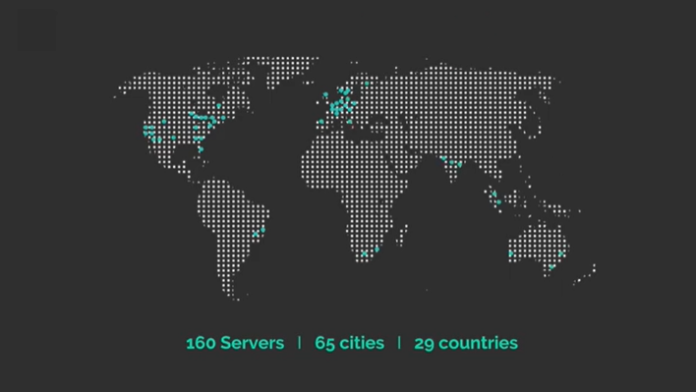 IBM and Maersk, two of the most dominant companies in their respective fields, recently collaborated to develop the TradeLens, the world’s first blockchain-based platform for the shipping industry. To assist the multi-billion dollar trade shipping business and bring it into the digital era, the platform was developed with the intention of utilising the power of blockchain technology as well as its efficiencies, speed, and level of security.

However, when additional large shipping corporations were approached by the platform, the proposal was unequivocally turned down. John Monarch, the CEO of ShipChain, has stated that this rejection does not come as a surprise to him.

“I really can’t say that I’m shocked or anything. Blockchains achieve a higher level of security with an increased number of members, which permissioned chains are unable to do because of their stringent gatekeeping. It is not surprising that IBM and Maersk have admitted in previous stories that they are having difficulty boarding other carriers because of their current situation. Why on earth would I ever put my firm and customer data on a system that was both designed and maintained by my major competitor if I were CMA CGM, MSC, or Hapag Lloyd?

TradeLens is able to and will save millions of dollars annually because to the utilisation of decentralised technology. The blockchain technology, which forms its foundation, has been shown to be reliable and adaptable enough to be embraced by the shipping sector. So, where did we go wrong?

The Collapse of the TradeLens System

Lars Jensen, the Chief Executive Officer of SeaIntelligence Consulting, a well-known shipping analysis organisation, was once cited as saying, “It’s not rocket science to guess what all Maersk’s competitors said about joining this project.”

This inability to participate in something that would be beneficial derives from the fact that other shipping businesses would not have any access to the control of the platform. As a result, participation in something that would be beneficial is denied. In other words, they would be completely dependent on what IBM and Maersk decided to do. The TradeLens platform is, in all intents and purposes, a closed or a private blockchain network; this is something that the other competitors deem inadmissible. They claim that the two partners, particularly IBM and Maersk itself, would have full control, which would put them in a position to take advantage of their authority.

But Doesn’t Blockchain Have Ownership of Itself?

At first glance, it may appear that no one owns anything on a blockchain. It is developed through democratic consensus, and there is no controlling power that is centralised in any one location. However, this only applies to platforms or ecosystems that run on a distributed ledger that is open to the public. The issuing and administering power of a closed or private blockchain system is under the direct control of the system’s administrators.

In the case of TradeLens, where IBM and Maersk have collaborated to form a joint venture, full ownership of the platform is held by the joint venture.

“IBM and Maersk “spun off” TradeLens in an effort to counteract this, but other shippers and carriers saw right through this scheme. According to John Monarch, CEO of the blockchain logistics firm ShipChain, “Gatekeepers run the danger of alienating customers, and in order for blockchain technology to genuinely be adopted, there needs to be a decentralised, public standard.”

Public blockchains are distributed ledger systems that are, as their name suggests, open to the general public and available for use by anyone. They are not governed by a central authority and instead operate in a decentralised fashion. Every person who takes part in the activity is automatically a member of the group and is therefore entitled to a democratic voice and a role in the decision-making process. Anyone who is linked to the blockchain has the ability to take part in the network, make transactions, and upload data without any restrictions.

Bitcoin, which was the first application of blockchain technology, serves as the best illustration of a public blockchain. Anyone is able to gain access to the network, conduct transactions, store data, and even become a node or miner on it, with all of the privileges and rewards that come along with those roles.

A private blockchain is an ecosystem that is not open to the public and was developed by a central authority (or a team, in case of TradeLens). The authority possesses unrivalled command and control of the system. They have the ability to determine who may and cannot join the network as well as the scope of their powers within the system. The system is safe to use, but it is closed off to outsiders. Transactions are kept confidential, and only those with the appropriate permissions can view them within the network.

The important point is that the authority, because it has full control, is able to make any modifications it wants to the code, update the data, and even undo transactions if it so chooses. It is possible to carry out all of these tasks without requiring the assistance or participation of people.

A question that has to be answered is whether or not private blockchains are even decentralised. At the same time, they are and are not what they appear to be. Blockchains that are open to the public and those that are private employ the same fundamental principles and underlying technology. They have users and nodes in their network. The information is dispersed over all of the nodes, and there are several copies of it. The data are protected using the same encryption method, and they have the same level of safety for both their private and public keys. The only significant difference is that instead of their being no central authority, there is just one organisation that has final say in everything.

“Blockchain itself isn’t really the ‘killer app’ of this revolution, and as a result, Private and Permissioned blockchains are inherently faulty.” [Citation needed] The decentralisation of power and the increased adaptability that results from it is the true transformation. According to another statement made by John Monarch, “this is why public chains are a much more significant breakthrough.”

Why Should You Consider Using a Private Blockchain?

In the eyes of many, this represents an attack on the very concept of decentralisation itself. One of the authorities is opposed to the original concept. When something is decentralised, there is no central authority. On the other hand, there are circumstances in which private blockchains are required. For instance, a business would welcome the opportunity to reap the benefits of the technology, but at the same time, it would prefer that not all of its data be made accessible to the general public.

It would be able to accomplish this through the use of private blockchain networks. Indeed, it would be the only central authority, which would give it influence over the entire ecosystem because of its position. But exactly that is the point. A self-contained ecosystem that is driven by decentralised technology and is used only for the organization’s goals.

TradeLens has done just that, but what it has neglected to take into account is the fact that it has attempted to include all of its rivals in a system in which they would be locked in and have no rights of their own. The claim is that IBM and Maersk need to make improvements to TradeLens in order for the platform to be successful. Specifically, they need to provide equal partnership rights to the platform’s competitors.

How To Screenshot Windows 10?

How To Factory Reset Hp Laptop Windows 7 Without Cd?