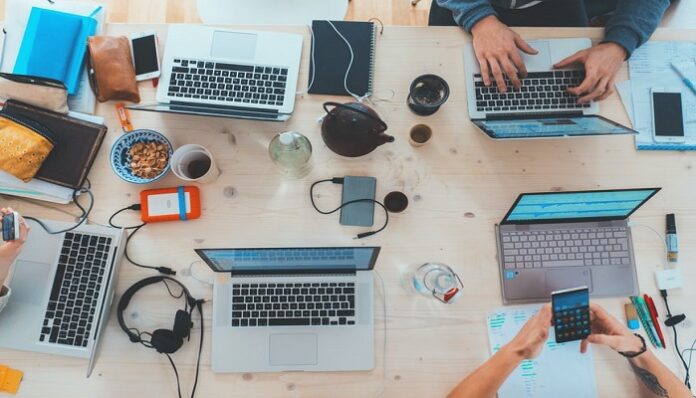 How to Set Up Your Own Home VPN Server

By using a virtual private network, it is possible to conceal your identity while still accessing content that is behind a firewall on the internet. This is made possible by the combination of the two features (VPN). Your internet behaviour is only accessible to the VPN service provider, and untrustworthy VPN providers may track or even sell the online activities of their users. Only the VPN service provider has access to your internet activity.

If at all feasible, you should only choose VPN service providers that have a great reputation and that have a policy of not keeping any logs of their customers’ data. You also have the option of installing a virtual private network (VPN) on your own premises by making use of the hardware and software you already have.

1) Configure Router To Make It A VPN Server

On a router that supports VPN connections, configuring a server should only take a few minutes at most. If your router does not support VPNs, you will have troubles. Check the user manual for your router to check if it supports virtual private networks (VPN).

To configure your router to use OpenVPN, go to the VPN settings page and pick it from the drop-down menu there. Follow the steps that were provided in order to set up a virtual private network (VPN) server on the router that you just installed. After you have completed this step, you will have control over the features of the VPN.

It is important to keep in mind that the instructions for setting up a VPN server can vary, depending on the version of the firmware that is installed on the router.

It’s not a huge concern if your router doesn’t support VPN, but having those features is definitely preferable. Checking to verify if your router is compatible with third-party firmware, such as DD-WRT or OpenWrt, is the first thing you need to do if you want to utilise any of these programmes.

You are required to do everything with the utmost caution and follow the directions to the letter. When removing the installed firmware on your router, proceed with extreme caution as there is a possibility of causing damage to your device.

A virtual private network (VPN) is something that can be created on Windows, and you can then allow other users to join to it. Setting up port forwarding and the VPN protocol is the first thing you need to do.

You will find a list of users that can connect to your VPN server, and you will also have the ability to add new users to this list by creating a new incoming connection in the system’s Network Connection.

It is expected that the IP address of your VPN server will now be shown in Windows Firewall with Advanced Security. After that, you will need to make changes to the settings of the firewall in order to allow remote connections to be made from the VPN server.

Build a Virtual Private Network (VPN) connection between your VPN server and your local network, restricting access to this connection to only a select group of users.

A virtual private network can be quickly and easily established with Amazon Cloud VPN. After that, you will be able to accomplish things by typing commands into the system, and you will be billed for the services that were supplied to you. There are no prerequisites of a very technical nature.

In order to get started, you will need an account with AWS Web Service as well as any algorithm requirements. After that, you need to put them through their paces on your personal computer. The mode of operation for algorithm dependencies can change depending on the type of operating system being used.

After the software has been successfully installed, the following steps need to be completed in order: After that, choose a VPN service, make a user profile, and after running certain instructions, enter the relevant AWS access codes in the proper places.

Is There a Downside to Running a VPN Server?

Is There a Drawback to Operating a Virtual Private Network (VPN) Server?
If you wish to establish your own virtual private network (VPN) server, you should keep these things in mind. It is best to make educated decisions about your privacy and data security in general, even if the issues at hand aren’t deal-breakers in and of themselves. Take note of the following potential downsides to this solution:

Bandwidth: The overall amount of bandwidth you can utilise within a given billing cycle may be subject to a limit that is imposed by your VPN host. This will only become an issue for you if you want to stream content regularly, download large files, or participate in peer-to-peer file sharing and torrenting activities.

Maintaining one’s anonymity It’s likely that you won’t be able to protect your anonymity in this situation. If you store your data on a server provided by a third party in the cloud, your data will be theoretically private; however, the server host will still have access to your billing and contact information.

One of the most significant benefits of using a virtual private network (VPN) service is the ability to circumvent content restrictions that are dependent on your geographic location. Your personal VPN server is located in close proximity to you, in contrast to a VPN service that offers connections from locations all over the world.

The use of this proxy service will result in you being unable to access content that is geographically restricted to specific areas and will also prevent you from switching between servers located in other countries and areas.

Limitations on features: Unless you have a lot of experience with technology, your VPN server probably won’t have some of the additional functions that come with a commercial VPN service. For example, the prevention of malware could be considered part of this category.